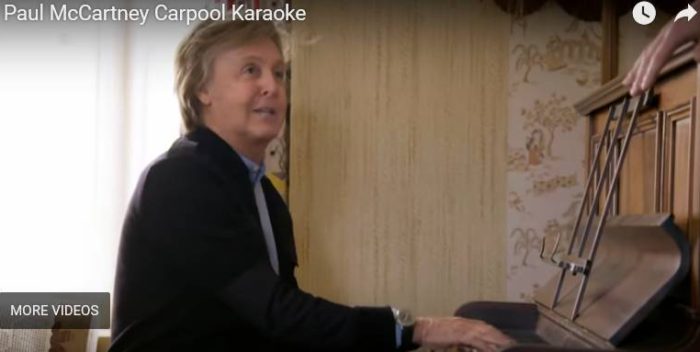 So many things were wrong when the Beatles broke up, it’s hard to recount them. Basically, any solo record of any kind was embraced like a message from Moses on the temple mount. They were signs of life, of promise, that the boys were still working, that they might come back, that everything was alright.

Paul McCartney had hits immediately in ’70-’71: “Another Day,” the McCartney album (with “Maybe I’m Amazed” and “Every Night”), the “Ram” album with “Uncle Albert,” and so on. And then, for a bit, McCartney went dark.

What emerged was Wings, a group rock critics liked to slag, with Linda, Denny Laine, and Denny Seiwell. Their 1972 album, “Wild Life,” will be reissued on Friday, all remastered, with a separate CD of outtakes and so on. The original album was just 8 tracks, 4 to a side. There were no singles issued. Paul was suddenly too cool for singles. That was a mistake. But he wanted it to be intimate, and sound home recorded– of all which it was.

But real McCartney fans have always known about “Wild Life.” There was potential for singles. “Some People Never Know” is one of the gorgeous McCartney tracks ever. “I Am Your Singer,” properly arranged, would have jumped off the radio. “Tomorrow” is Macca-catchy, also perfect for radio. All three of them have been left off collections and compilations. With the latter, it kind of completes a set– “Yesterday,” “Another Day,” “Every Night” and so on. Paul cornered the market on ‘day’ songs.

The rest of “Wild Life” is pretty interesting. “Dear Friend” pleads with John Lennon for some peace in their fractured relationship. It’s such a sad song about the end of a friendship, the haunting piano and Paul’s almost moaning in pain still sends chills. “Love is Strange” is a cover of Mickey and Sylvia’s classic, reimagined for Paul and Linda, whom fans did not want to hear singing with him. Somehow it worked. (I asked Mickey about it when I met him– he approved.)

My favorites on “Wild Life” are the uptempo blues rocker “Mumbo,” and the slower, also very bluesy “Wild Life,” which runs over 6 minutes and has stood the test of time. Once you listen to “Mumbo,” you’ll have trouble getting the hook out of your head.

The new box set “Wild Life” also includes one of McCartney’s few political songs– “Give Ireland Back to the Irish.” It was banned everywhere as a standalone single but I still remember Casey Kasem playing it on American Top 40. It was hard to imagine McCartney being critical of the Crown and Parliament, but by that point Lennon was considered such a political activist, McCartney had to do something for the sake of his own relevancy. Remaking “Mary Had a Little Lamb” soon after kind of negated whatever progress he made on that score.  But “Give Ireland Back to the Irish” remains a lost gem.

“Red Rose Speedway,” also reissued Friday, followed in 1973. It was as if someone had come in and said, Paul, time to get back to work. “My Love” was the only single, a worldwide smash, a great ballad. I always thought they’d follow it with “Get on the Right Thing,” a terrific rocker, but one single was it. “RRS” has a lot of personal faves, including the ridiculously beautiful “Little Lamb Dragonfly.” McCartney lyrics can be saccharine or silly sometimes (“Silly Love Songs” being the nadir of everything). But he’s a tremendous composer of suites on all his albums, sticking pieces together like Picasso in which a whole emerges of unexpected melodic grace.

The “Red Rose Speedway” set is worth the price for its extras CD. There’s a solo version of “Live and Let Die” that is going right into my top 10 playlist. There’s a whole new look at the album that makes it grow in estimation with tracks like “Night Out” and “Jazz Street.” They also include the standalone “Hi Hi Hi,” with all its double entendres about sex and drugs. Somehow radio played that one even though it was ‘supposed to be’ banned. (Ha Ha Ha.) There are lots of cool B sides like “Country Dreamer,” “The Mess,” and “Little Woman Love”– the latter is a terrific little rocker– and “Seaside Woman” — an attempt at reggae written for Linda to sing, and she acquits herself very well.

These box sets are very helpful if you are not a wild collector of bootleg material. In the old days, I could walk into Golden Oldies on Bleecker Street (the original Bleecker Bob’s) and pick up all sorts of bootlegs on vinyl. There was a big mail order business, too. But that’s for fanatics with a lot of time on their hands. For those of us who need a little structure, the new McCartney sets give a very complete picture. (And I haven’t even mentioned the rocker “Best Friend.”)

Let’s all get on the right thing!