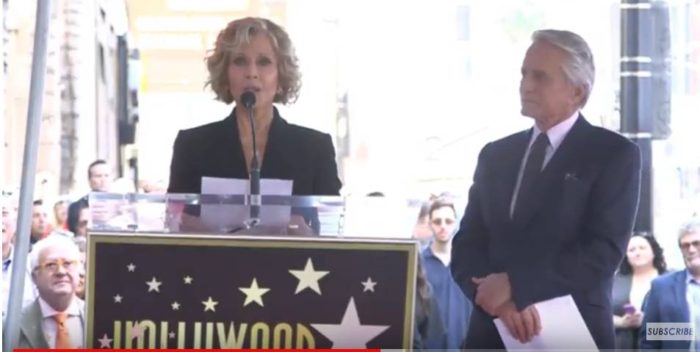 In Hollywood today Jane Fonda toasted Michael Douglas as he got his star on the Hollywood Walk of Fame. (She looked pretty cute, too.) Jane asked, “What took so long?” I was wondering the same thing. They co-starred in a great movie, “The China Syndrome,” in 1979. Michael is joining Jane in the world of smart TV series now. She’s got “Grace and Frankie” and now he’s co-starring with Alan Arkin in “The Kominsky Method.” 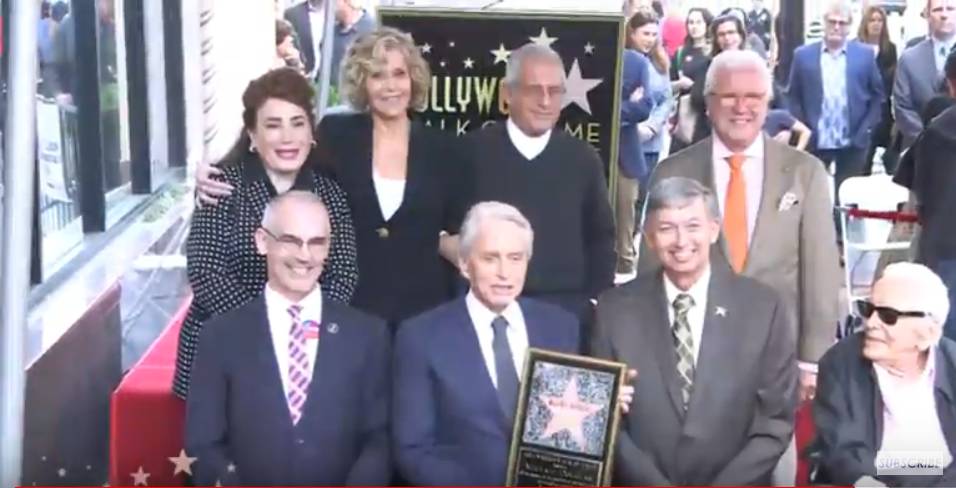 PS I’m sure Michael’s steadfast publicist Allen Burry was there, too!