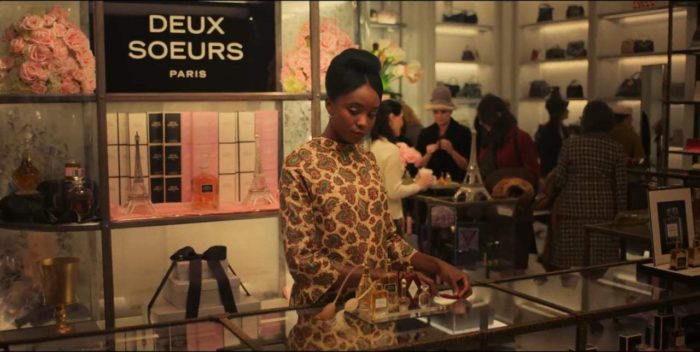 EXCLUSIVE: Annapurna Pictures has moved “If Beale Street Could Talk” from November 30th to December 14th. I reported this last night exclusively on Twitter, but you know what the vultures are like these days.

Anyway, Barry Jenkins’s follow up to “Moonlight”  comes from a movie company that’s struggling to get its footing after a very difficult year. They’ve got to release “Destroyer” with Nicole Kidman and “Vice” with Christian Bale also in December. Right now those two are scheduled for Christmas Day. We’ve seen “Destroyer” and it’s excellent– Kidman is a lock for an Oscar nod. Almost no one’s seen “Vice.”

Now Annapurna– backed, yes, by billionaires, but unsteady on its own–has to deliver three high profile movies in a period of two weeks. And well before December 14th, all three of those movies have to be screened for awards consideration. That costs a bundle, not only moving casts around, but just in general logistics. That’s a tall order for a company that’s underfunded and short staffed.

When Megan Ellison started Annapurna, it was a great idea. She chose terrific movies, and distributed them through capable partners. But since she took distribution on herself, the project has been impaired. Everyone hopes this can be fixed.

Of the three coming films, “Beale Street” is the most problematic. It’s slow and quiet and has no stars except for Regina King and Brian Tyree Henry (one of the breakout stars of the year on stage and film). Unlike “Moonlight,” there’s no hook- no gay theme, or the unusual three parts. It would be better off on HBO, Netflix, or Amazon, someplace where it could be protected from financial pressures.

“Destroyer,” on the other hand, is a cop procedural with a broad stroke. Kidman gives an amazing performance as a dirty detective who’s drunk or fighting it, always messed up, and in a lot of trouble. It’s Kidman’s “Klute,” and needs a lot of marketing attention. I just hope Annapurna has enough resources to release it properly, as well as “Vice.”