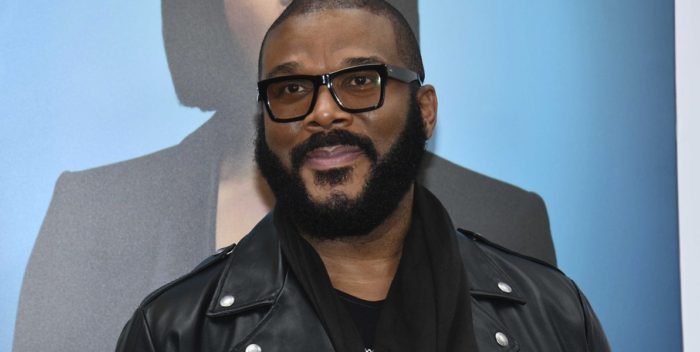 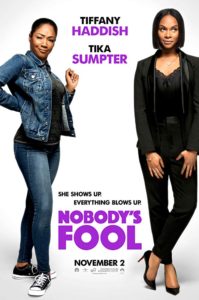 Every Tyler Perry movie has the writer – director’s name on its poster.

Even “Acrimony,” the movie he released earlier this year with Taraji P. Henson, had it.

Of course, all the Madea movies say it right up front: “Tyler Perry’s —-“. It’s his brand, and it’s made him millions.

But not so for this weekend’s “Nobody’s Fool.” The movie stars Tiffany Haddish and Tika Sumpter, two of my favorite Perry/comic creations. Whoopi Goldberg is also in this movie– I really wanted to see it.

But Paramount had a stealth opening in New York. Reviews were held until the very last minute and they were bad. “Nobody’s Fool” has a 22 on Rotten Tomatoes. What a shame. There was a lot of potential.

And then the poster– no Tyler Perry anywhere. Can it really be that bad? Aretha Franklin loved Tika Sumpter from “The Have and Have Nots.” And you can’t do better than Tiffany Haddish. Has Whoopi even mentioned it on “The View”? Her name isn’t on the poster either! Wow! Everyone’s in hiding!

Oh well. Last night’s previews only brought in $600,000. Tomorrow morning is going to be bleak.