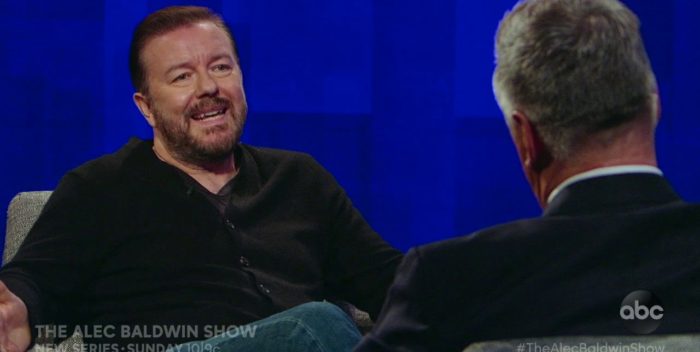 Alec Baldwin launched his talk show on ABC at a tricky time. He’s been up against “The Walking Dead,” The World Series, and popular shows on other networks.

Last night, Alec went up against what turned out to be the final game of the World Series. And the scoring was high in the first inning, which didn’t help. Even the charms of Ricky Gervais and Jeff Bridges as guests couldn’t be enough to thwart that situation.

The result: 1.6 million viewers, the first time he’s dropped below 2 million.  It’s pretty clear by now this show is not about ratings. That’s literally one tenth of the 16 million who watched the World Series.