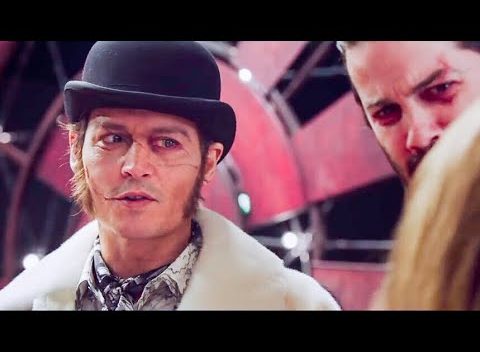 “London Fields” are falling down.

The Johnny Depp-Amber Heard movie that was supposed to be released three years ago made just $93 per theater over the weekend. It was seen in 613 theaters for a total of $116,470.

Matthew Cullen directed the adaptation of the Martin Amis novel, a bestseller and critical hit when it was published years ago.

But obviously no one knew how to put it on the big screen. “London Fields” was the subject of lawsuits back and forth, as well as a power struggle over the final cut.

“London Fields” made so little money that it didn’t turn up in the top movies countdown of the week. Billy Bob Thornton co-stars.

Depp was already seeing Amber Heard when she got her role as Nicola Six in “London Fields.” He joined the movie in 2014. They married in February 2015. In September, “London Fields” was pulled from the Toronto Film Festival over a dispute about the final cut. The lawsuits came next, then the scandalous divorce.

Meanwhile, Annapurna Pictures’s “The Sisters Brothers” with Joaquin Phoenix and John C. Reilly, made just $270,000 in 774 theaters this weekend. By contrast, “The Rocky Horror Picture Show,” which is more than 30 years old, made $360,000 in 225 theaters in re-release.