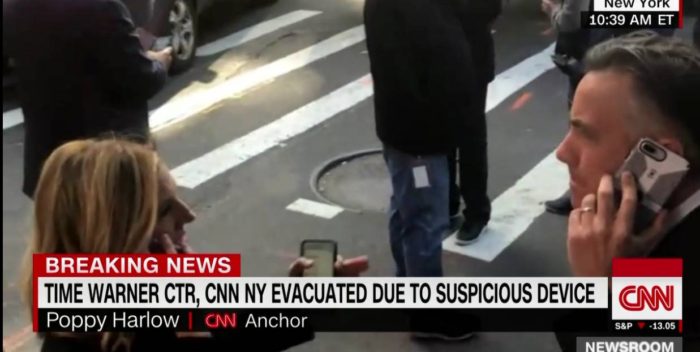 .@jimsciutto and @PoppyHarlowCNN were anchoring when CNN was evacuated people had to leave very quickly so DC bureau took over – they’re now up on their phones but being pushed down the street by authorities pic.twitter.com/o2eVAEl9EQ

CNN’s Time Warner Center has been evacuated this morning after the network received a “suspicious package” aka a pipe bomb. Other similar packages were discovered today at the homes of former presidents Obama and Clinton, following another one at George Soros’s home yesterday, and to the White House.

CNN employees and other floors at the Time Warner Center have been ordered out of the building.