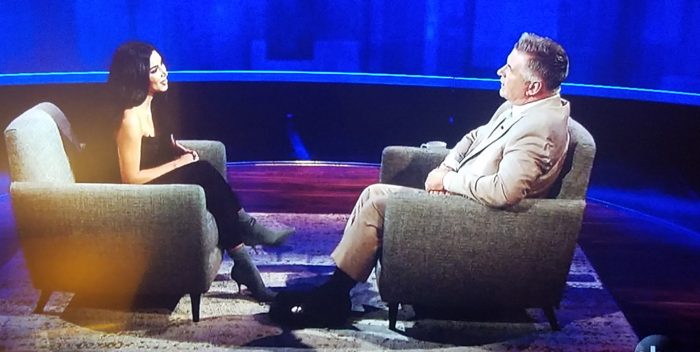 Alec Baldwin lost viewers with Kim Kardashian as his one guest last night on his ABC talk show.

And it’s not like it wasn’t a good night for talk and news. “60 Minutes” scored around 14 million in audience, much more than their Donald Trump interview last week.

My review of the show is in the previous item.

Alec’s show with Kim was the second lowest rated show of the night on the four networks– ABC, CBS, NBC, and even Fox. (Fox had one lower rated program.) The total amount– 2.1 million–was swamped by football on NBC and a combination of “NCIS: Los Angeles” and “Madame Secretary” on CBS.

Ratings will be in tomorrow for “The Walking Dead” on cable. But last week they scored 5 million viewers.

Not beat a dead horse, but why oh why Kim Kardashian? And for the whole hour? Alec Baldwin is smarter than that.

PS Waiting for his show, I watched the last segment of “Shark Tank.” Three siblings–ages 24, 20, 15– lost their firefighter father to cancer from being a 9-11 first responder just three months ago. Six years ago their mother died. Now they’re trying to keep dad’s side business going selling a cutting board. All the Sharks joined together and invested in the business– while wiping away tears. Buy this thing on amazon.