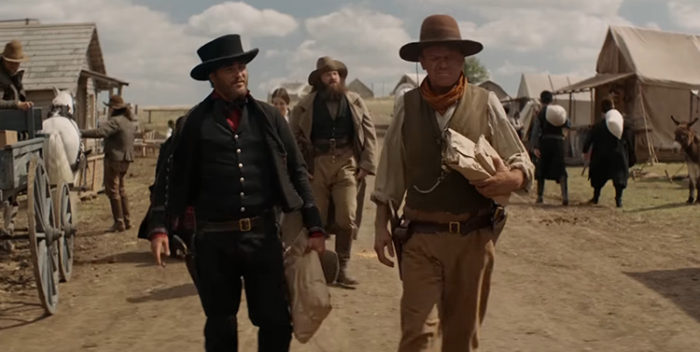 After years away from the box office, the Hollywood kid — daughter of the late Janet Leigh and Tony Curtis, a Brangelina of their days — is back on top.

“Halloween” made $33.3 million last night, a whopping amount heading to an $80 million or more weekend. Jamie Lee starred in the first “Halloween” what seems like one hundred fifty years ago — actually 1978. Back then, “Halloween” made a total of $47 million, which was HUGE for its time.

The other immediate news is that Annapurna Pictures for some reason added around a thousand theaters to the release of “The Sisters Brothers.” That was a mistake. You can’t blow lots of air into a flat tire unless it’s been repaired first. Annapurna is leaking. They made only $230,000 last night in over 1,000 theaters. The brothers could not find any more relatives. But now they have to pay theaters. This is worrying for their next two releases, “Destroyer,” and “Vice.”

More on this tomorrow…