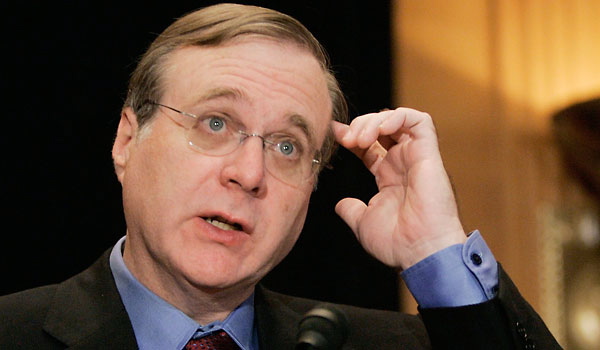 Microsoft cofounder Paul Allen– who died yesterday at age 65– was many things– genius, entrepreneur, philanthropist. But the one thing the New York Times left out of its obit today was any mention of Paul wanting to be a rock star. He did, and he was.

In 2013, Allen– after years of performing with his rock band The Underthinkers– released an album on Sony/Legacy. “Everything at Once” didn’t get much press, and didn’t sell many copies– a stunning 215 according to BuzzAngle. I’d never heard of it until yesterday.

Still, there’s some nice stuff on the album including a country song sung by Chrissie Hynde called “Rodeo.” There are plenty of other guests including Heart sisters Ann and Nancy Wilson (before they fell out), Ivan Neville, Derek Trucks, and Joe Walsh. (You can hear it below on Spotify.)

Knowing Paul, he wouldn’t do publicity for the record, and I’m sure whatever proceeds there were went to charity. He was rich enough to fund the project. But good for him– he LOVED playing rock and blues. He knew from 1982 his life wouldn’t be long, so he just did what he wanted.