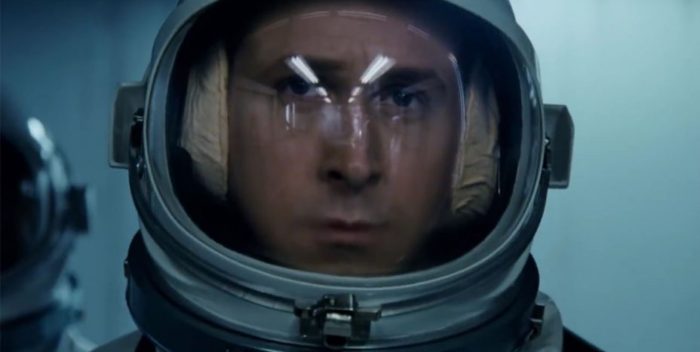 What happened to Damien Chazelle’s “First Man”? There so much enthusiasm for it in Venice and Toronto. I still think it’s a terrific film, and that Ryan Gosling and Claire Foy are wonderful in it.

But somehow the wind went out of the sails on this one. “A Star is Born” took a lot of the attention away. Then critics started writing weird things. Either it was not patriotic, or oddly retro and really patriotic.

The whole flag planting thing didn’t help either. This was sort of like Tim Burton not using the chorus in “Sweeney Todd” because it was “too theatrical.” Chazelle shows the flag after it’s planted, but not the grand moment because he thought it had been done too often. So there’s no lump in the throat moment in an otherwise beautifully made film.

Now “First Man” has had a first night of $5.8 million including $1.1 million from Thursday. The weekend total will be just under $17 million. Universal will have to resuscitate “First Man” with some clever Oscar action– like maybe a late premiere in New York, which got skipped in favor of a gala at Washington DC’s Air and Space Museum.

I’m still bullish on Chazelle, Gosling, and Foy. Get out to a theater this weekend and see this extraordinary effort.