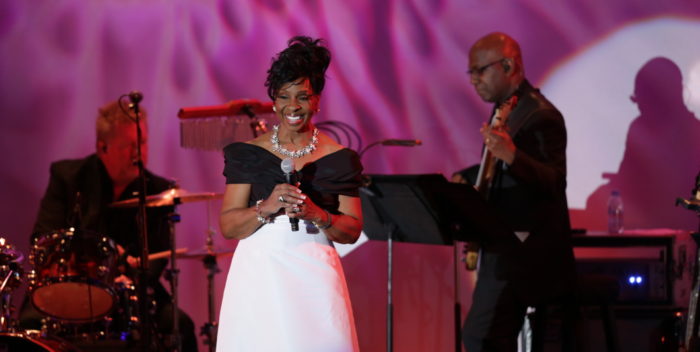 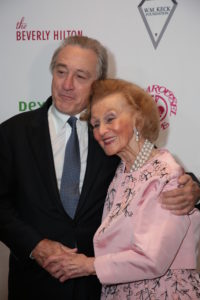 At the 32nd annual Carousel of Hope Ball in Los Angeles: Barbara Davis is so respected and beloved that even Robert De Niro called her — as he cheekily said his Irish ancestors would say — “ a real mensch.” He continued, “Everyone loves her. She’s generous and committed to making a real difference.”

De Niro got that right; he came to Beverly Hills to be honored at Davis’s 32nd annual famed ‘Carousel of Hope Ball,’ which raises funds for the Barbara Davis Center for Diabetes in Denver, Colorado.

De Niro told me before the event that, “I kind of never know what I’m going to say at these things.”  He certainly lived up to his hero-like hype with anti –Trumpers as he later told the crowd, “I haven’t had many occasions to speak publicly since the Tony Awards,” De Niro reminded from the stage. “It’s very brave of you, Barbara, to give me this opportunity… Don’t worry. I won’t do it this time. I’m not going to say it, not tonight anyway, though I might be thinking it right now … pretty much every waking moment.”  He also couldn’t resist saying, “tonight the wine is flowing.  But remember; if you have too much, you might end up on the Supreme Court.”

Before that Barbara, whose daughter Dana was diagnosed with Type 1 Diabetes at age seven, told the adoring crowd that “we reach for the brass ring, so all people all over the world with Diabetes will be cured.”

Glorious Gladys Knight performed at the end of the event.  Gladys has never sounded or looked better; she ended the night with a rousing hand holding version of “That’s What Friends Are For.” We are all lucky that Barbara Davis and her family are dedicated philanthropists. And Barbara, well as Clive Davis told me earlier, “She’s an absolute gem.”  Well said, wise Clive.