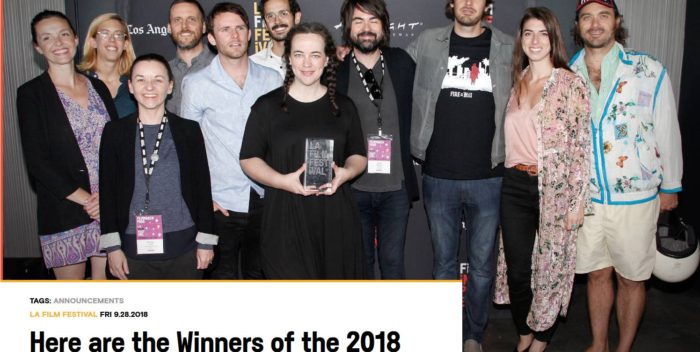 Well, here are the winners of the LA Film Festival, sponsored by Film Independent, the group that gives the Independent Spirit Awards. Am I wrong? Or do they all look very similar, like they could be related to each other.

The LA Film Festival takes place in Los Angeles, which has big African American, Asian, Chicano, Latino populations, all kinds of people. And yet, all these people are pretty White looking. I can’t imagine what their films are like.

According to the LA Film Festival website, they had an Inclusion Summit. It ‘included’ some people with facial hair, and others with motorcycle helmets.