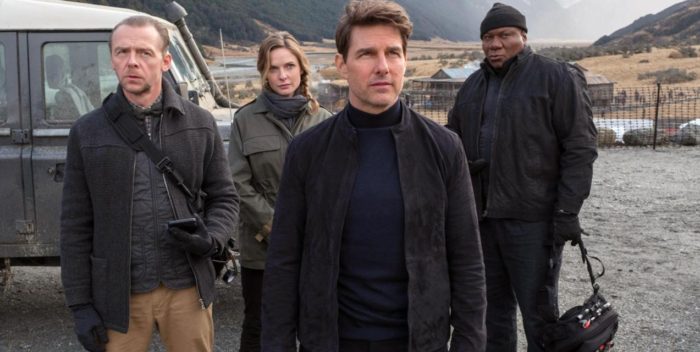 More important: what is Kate McKinnon doing with her career? You know from day 1 when McKinnon arrived on “Saturday Night Live” I said she’d be a superstar. On the series, she is without a doubt. She’s won a bunch of Emmys, all deserved, but even the awards don’t completely elucidate her subtle, superior performances. From Hillary to Jeff Sessions to Justin Bieber…and her performance on “SNL” singing “Hallelujah” after the election– brilliant!

So why has she fallen into this trap of making crappy cheap comedies on her breaks? Last year’s “Rough Night” was unwatchable. Un-watchable. Now “The Spy Who Dumped Me” has eked out $12 million on its opening weekend. It’s cheesier looking than Velveeta. McKinnon is too good for this.

It’s possible she’s just going through the same hazing as many talented comics before her– trying to figure out her venue. Kristen Wiig finally figured out with “Bridesmaids.” But McKinnon is more like Lily Tomlin. She needs a Jane Wagner, a Robert Altman, maybe a Judd Apatow a la Amy Schumer. McKinnon is listed in Danny Boyle’s “Beatles” movie filming now. That could be something. But please, no more of this stuff. We don’t even have discount DVD bins anymore! Where do there movies go digitally?