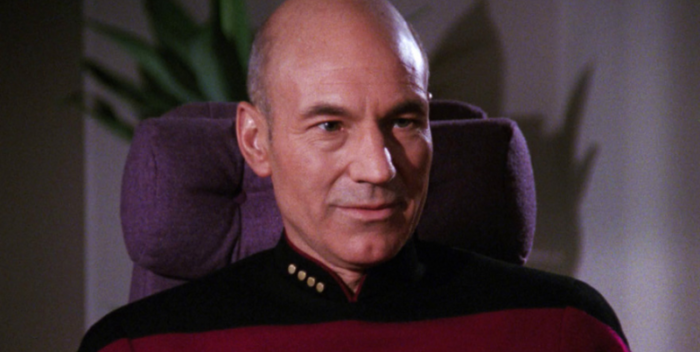 CBS has Star Trek Discovery and The Good Fight on its All Access Netflix-like streaming system. But it needed something even bigger, and so: Patrick Stewart will reprise his role as Capt. Jean Luc Picard in a new “Star Trek” series that follows “Star Trek: Generations.” Stewart posted this to Twitter Saturday afternoon. Les Moonves actually wins the week after we thought he’d completely lost it. CBS could just turn All Access into the Star Trek channel with different new iterations. Doesn’t Desi Arnaz, Paramount and CBS look smart now? Welcome back, Capt. Picard! Minds are being blown!

It is an unexpected but delightful surprise to find myself excited and invigorated to be returning to Jean-Luc Picard and to explore new dimensions within him. Read my full statement in the photo. #StarTrek @cbsallaccess Photo: @shervinfoto pic.twitter.com/8Ynuj3RBNm