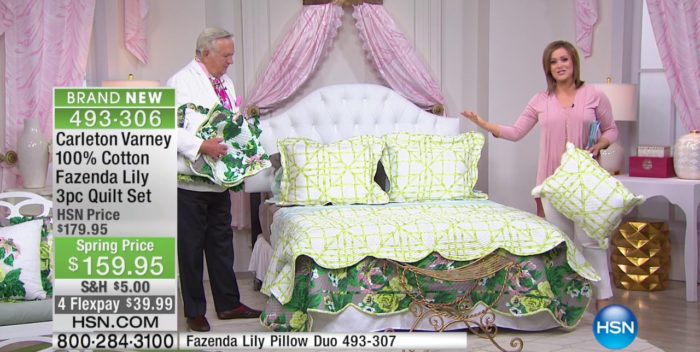 Does Donald Trump care about the Arts? Humanities? Humanity? I would say, certainly not.

To evidence this, Trump has appointed four new members to the National Council on the Arts, the group that forms the National Endowment for the Arts. The latter is a group Trump has proposed shutting down, or cutting its budge to shreds.

Among the four new members, Trump has appointed Carleton Varney. Does that name sound familiar? Varney, I’ve read, is “America’s most famous interior designer.” He’s 81 and has been given a six year term. So really, this is a leap forward for Trump on ageism.

But it’s also laughable. The National Council on the Arts is composed of academics, writers, and artists. The members run from people like country singer Lee Greenwood to Sony Pictures’ Tom Rothman. They each have something to do with the performing arts.

Almost anyone who remains on the Council is a holdover from the Obama era since no one with any real credentials will serve under Trump. Still, wasn’t accused sexual harasser Scott Baio available? Or guns rights activist Ted Nugent? “Interior design” isn’t the first thought that crosses the mind when you think “NEA.”

Varney– according to his website–“is president/owner of Dorothy Draper & Co. Inc., one of the oldest continually operating interior design firms in the United States.” (Maybe she was related to Don Draper? Maybe this is also what “Friend of Dorothy” means.) “The company’s design philosophy stresses the use of bright colors and the rejection of all that is impractical, uncomfortable and drab.” Certainly all that will come in handy when assigning grants for theater, opera, dance, etc.