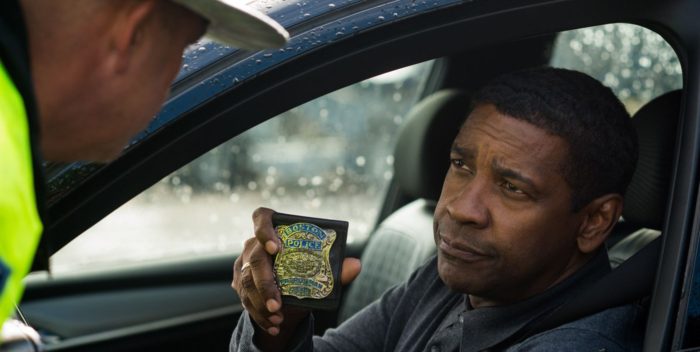 Denzel Washington and Antoine Fuqua Jr. came from behind today and took the weekend from Cher, Meryl Streep, and ABBA.

“The Equalizer 2” was the surprise weekend winner over “Mamma Mia: Here We Go Again.” Nicely done for Denzel, he beat the ABBA musical $35.8 to $34.3 million. All week the good money was on “Mamma Mia” right through Friday night. But “Mamma Mia” had a little more fall off than expected on Saturday and Sunday.

The top six movies this weekend were sequels, by the way. Yawn!

Many indie films did great including “Sorry to  Bother You,” “Blindspotting,” “Leave No Trace,” and “RBG.” But the Whitney Houston doc took a big fall, from number 17 to 28. Roadkill Attractions pulled it from 291 theaters in its third week, ensuring its early death. Too bad. But it’s too to get into name calling again just yet.

Meantime the Beatles’ 50th anniversary edition of “Yellow Submarine” is up to $683,000 in its third week.