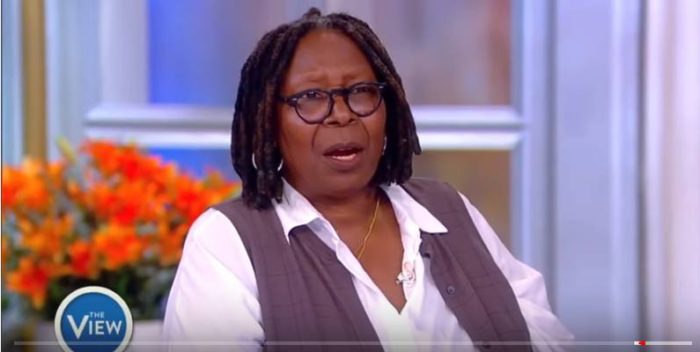 Live on the air at the Aspen Security Forum, NBC’s Andrea Mitchell informs America’s chief intelligence officer Dan Coats that Donald Trump has invited Vladmir Putin to the White House. At first, Coats doesn’t believe it. His reaction is priceless. “Ok,” he says, that’s going to be special.

Then, Whoopi Goldberg loses it with Jeanine Pirro. Watch to the end. “I very rarely lose my cool,’ Whoopi says. God bless her.
Pirro told her comrade Sean Hannity later on the radio that after the segment:

“And she was screaming at me, and I’m walking out of the building like a dog who was just kicked off,” Pirro added. “So forget about what she did to me on set, which was horrific in itself but the treatment by Whoopi Goldberg is typical of what is going on in this country.”