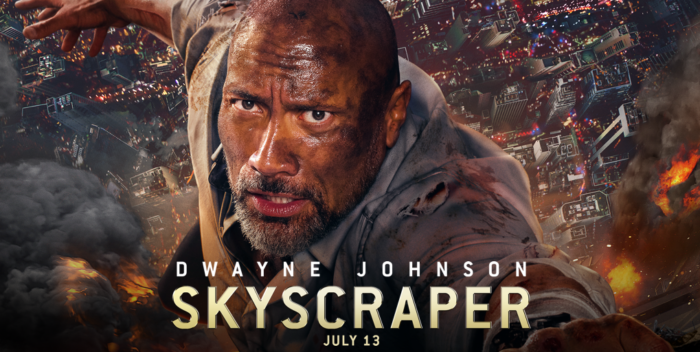 SUNDAY UPDATE: “Hotel Transylvania 3” took a $16 million lead over “Skyscraper.” The Adam Sandler led animated vampire movie made $41.2 in the US and another $46 mil overseas. “Skyscraper” was a low rent affair with just 25 million US and another 40.4 mil abroad. It opened in THIRD place, behind the “Ant Man” sequel in its second week.

SATURDAY Too much of The Rock is a thing.

“Skyscraper” — the latest movie starring ubiquitous Dwayne Johnson– is a bit of a bust. Last night the action film modeled on “Die Hard” made just $9.2 million.  That’s a LOT less than the $16.6 million earned by “Hotel Transylvania 3,” an animated second sequel for children of all ages.

“Skyscraper” is Johnson — aka The Rock’s– second movie since April. It’s his fourth film since April 2017. One of those was “Baywatch,” a total write off at the box office.

Johnson is also featured in HBO’s series “Ballers” and in a lot commercials.

How much of The Rock can people take? This may be the cut off, the straw that breaks the box office. Maybe it’s time to pull back.

Look for “Skyscraper” to battle for a $25 million weekend.