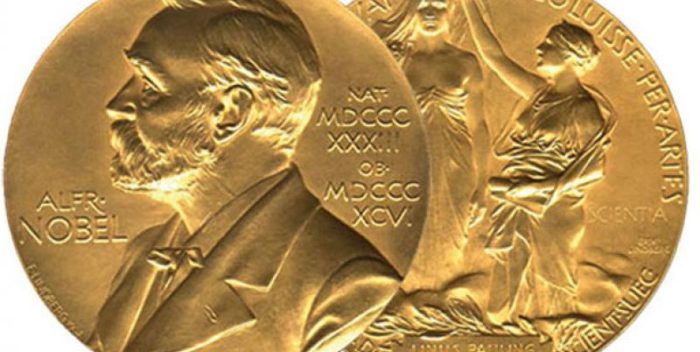 The times they are a changing: the austere and respected Nobel Prizes are in a bit of chaos this year. They’ve just announced that there will be no annual concert this year for the winners. The concert has always been a big deal.

Last year, John Legend was the headliner and Sting in 2016. Patti Smith performed for Bob Dylan in 2016 but that wasn’t at the concert but at the actual prize ceremony.

On top  of that, the award Dylan received this year– for Literature — will not be given for the first time ever in 2018. The Nobel committee says they will wait to give it again in 2019. The last winner in literature was Kazuo Ishiguro, author of “Remains of the Day.”

The Nobel Prizes are given by the Swedish Academy in accordance with Alfred Nobel’s will. But the Academy has been mired in scandal for the last year with issues relating to financial problems and sexual harassment.

According to a press release: “The crisis in the Swedish Academy has adversely affected the Nobel Prize. Their decision underscores the seriousness of the situation and will help safeguard the long-term reputation of the Nobel Prize. None of this impacts the awarding of the 2018 Nobel Prizes in other prize categories.”

The Nobel Prizes says it will give two literature prizes in 2019. One of them should be posthumous, to Philip Roth. It’s absolutely ridiculous that Roth never received a Nobel Prize before his death this year. Frankly, I don’t care what the Swedish Academy’s other issues are. Shunning Roth completely devalues their prize.

The Nobel Prizes will be announced between October 1st and October 8th.

PS If you’re thinking that little by little everything good has been ruined since Donald Trump took office, you are correct.