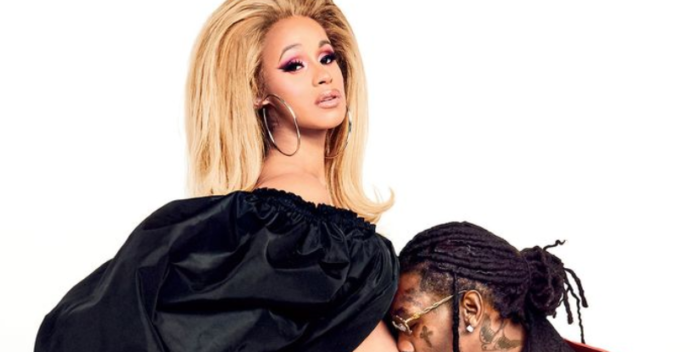 Rolling Stone magazine still gathers no moss. Recently purchased by Penske Media (Variety, Deadline), the once premier rock mag is cutting its annual number of issues in half — to 12– and going monthly. Previously, Rolling Stone was bi monthly, as in twice a month, for most of its 50 year run.

The new annual subscription price has been set at a whopping $59.99, with individual issues costing $9.99. That’s up by 10 bucks a year.

To make Rolling Stone competitive, Penske has hired a lot of new people. They’ve also published their first new issue with a photo of a pregnant, tattooed Cardi B receiving a loving kiss from her husband, Offset. (If a Rolling Stone reader from 1975 stumbled on this story a la “Back to the Future” they’d be laughing harder than Marty McFly.)

Rollingstone.com, which is eminently readable, has had a little uptick in clicks since April. and it’s ranked 485 on alexa.com, which is very good. So the website is getting traffic, it has a clean look, and record companies– what’s left of them– still like to debut videos there since there are no other music magazines except Billboard (owned by Penske’s rivals, and more tipped to the trade).

So on Rolling Stone rolls. The days of Chet Flippo, Ben Fong Torres, Timothy White, Hunter S. Thompson, et al is long gone. The trick now is to try and create a new gestalt for the 2020s, if there can be one. That means walking the fine line between worship to classic rock and awareness of the new stars. The Cardi B cover looks like a step in the right direction. (Not to mention that Vanity Fair has Kendrick Lamar on its cover. It’s a good ne world!)