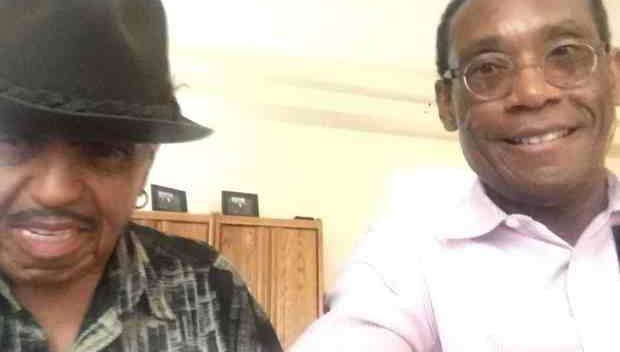 Recent of videos of Joseph Jackson should the old warrior looking not well, very thin, but still alive and kicking. If pancreatic cancer takes him soon, the irony will be him dying on the anniversary of Michael’s death (June 25th).

The irony of Charles Coupet, Joe’s long time crony and “manager” cutting him from his family, is that the Jackson kids are getting from Joe what he got from Michael. The apple doesn’t fall far from the tree. Coupet’s been around for years– I wrote about him in 2005.

At @JambaJuice . So many choices to select from. With my son Michael's music playing in the background. I wanna be starting .. drinking all three. pic.twitter.com/4vQ9J8BzIt

Signing multiple copies of my Picture book "Precious Moments" for the fans thanks to https://t.co/PQxzeYrvbY @PCollectibles .. My Life at 90 https://t.co/kMOm68IxXX pic.twitter.com/FETOALeINE