Reports of a “Roseanne” reboot without Roseanne Barr? It won’t work. I’ve said it before and I’ll say it again.

ABC can kill off Roseanne Conner and center the show on Darlene, Sara Gilbert’s character. They can pretend Roseanne is gone, but you know what? Roseanne will never be gone. She will hover over a new show like a golem, criticizing, whining, and carrying on about every line of every episode.

Barr has not gone quietly into the good night since her racist anti-Valerie Jarrett debacle. Far from it. She is approaching 1 million followers on Twitter now, and sending out messages day and night. She continues to advocate crazy right wing conspiracies, insist that her Jarrett Planet of the Apes tweet had something to do with anti-Semitism, and refer to herself as a martyr.

That will not change no matter what deal ABC makes with her to let the survivors of her wreckage live on a new island.

The best thing ABC can do is let this go. Set these people free. They will always be anchored to the weight of this nightmare.

Here’s a sampling of her latest ramblings, in which she has suddenly figured out that George Soros was only 13 during the height of the Holocaust, and that she, Roseanne, in her fevered imagination, is actually a crusader for human rights: 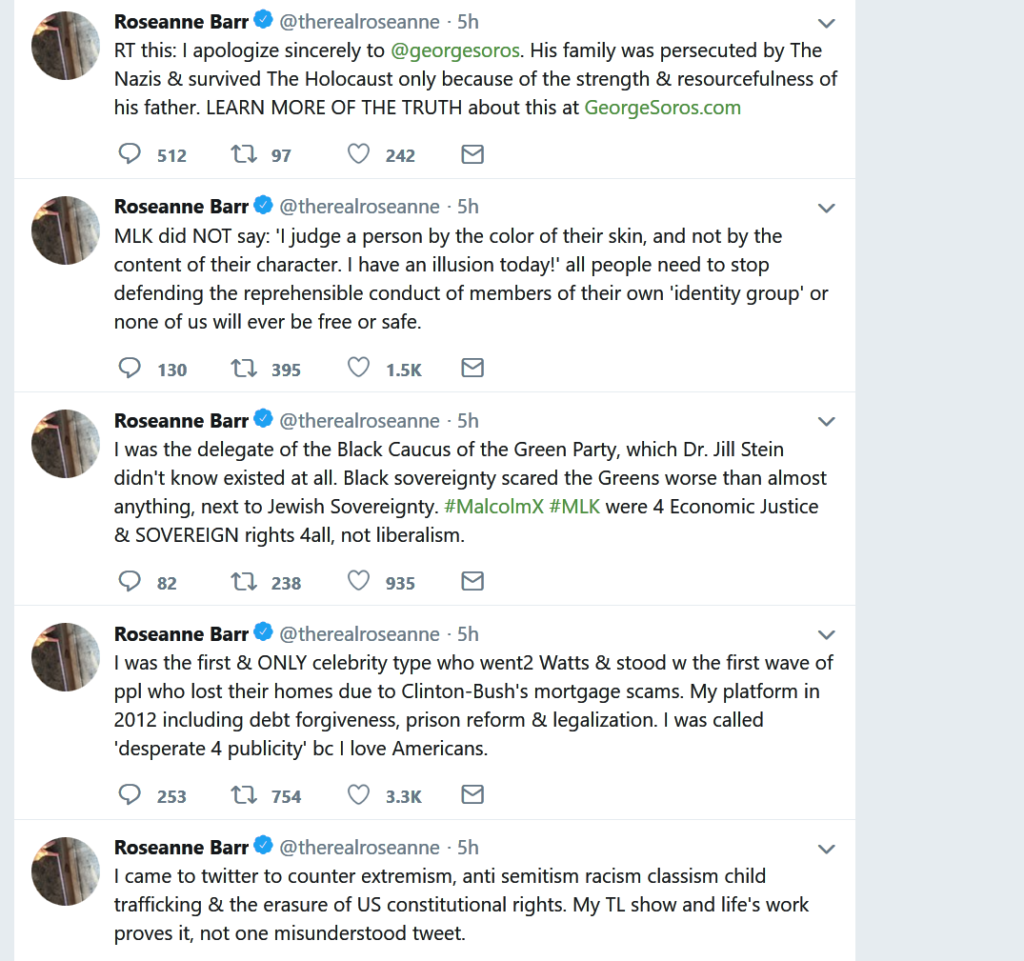