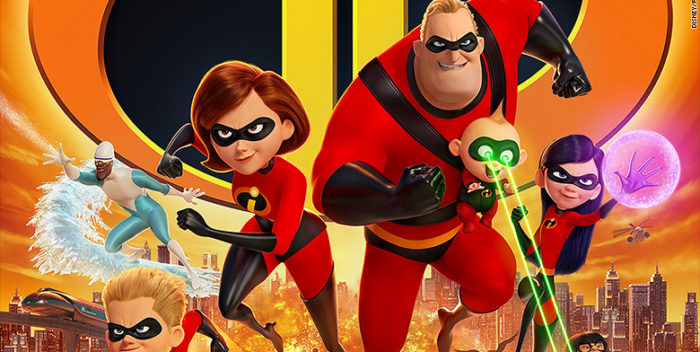 Fourteen years ago, “The Incredibles” was a hit animated film. And the sequel? We finally got it last night, and it’s a monster hit.

“Incredibles 2” made $71.5 million Friday night (with $18 mil from Thurs previews). The Brad Bird directed bonanza will get the biggest weekend ever for an animated film and head to the Oscars, of course. A $150 million total for three days could be a low ball estimate.

Brad Bird gave us “Ratatouille” and “The Iron Giant,” both classics. He also directed “Mission Impossible: Ghost Protocol,” but we won’t hold that against him. Ditto “Tomorrowland.”

Craig T. Nelson, Holly Hunter, Samuel L. Jackson, Catherine Keener, Isabella Rossellini, and Bird himself voice the characters in “I 2.” Congrats to all.

Note to SAG-AFTRA: Jackson would also be a good choice for your Lifetime Achievement Award this year. Just sayin….