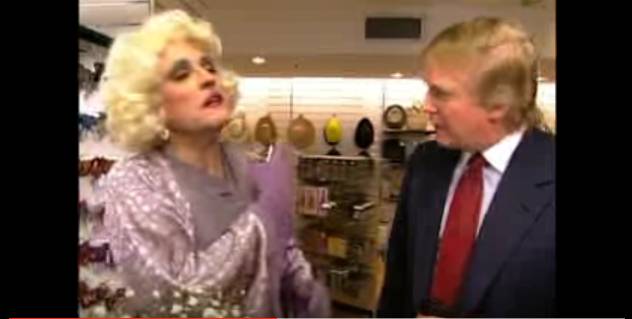 So it seems Rudy Giuliani has been visiting his alleged mistress up in New Hampshire and making the news up there too. The local TV station did a segment about Rudy consulting the hospital where Dr. Maria Ryan works about cyber security. Dr. Ryan, who was allegedly having an affair with Rudy (she’s married, he’s married) actually told the station: “Nobody’s been able to penetrate us.” She was talking about their great IT system, of course. Move your cursor :58 seconds in.

So let’s review. The president of the United States is offering to develop beach condos in North Korea with a man who fed his own uncle to dogs. Back home, POTUS’s lawyer has double timed his third wife, is heading for his third divorce after getting caught being unable to penetrate… Well, it’s all surreal, isn’t it?