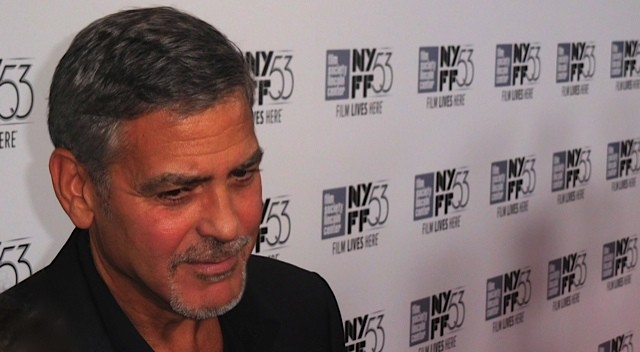 The celeb guest list for the George Clooney AFI tribute– now underway in Hollywood– is a little odd.

First of all, where the heck is Julia Roberts? She was supposed to present the AFI Lifetime Achievement award to Clooney. Julia is nowhere to be seen. Cate Blanchett is there, supposedly she’ll do it. They co-starred in a movie no one could watch called “The Good German.”

Also, there’s no sign of Sandra Bullock. Just as there was no sign of Clooney at Bullock’s opening of “Ocean’s 8.” Indeed, the expected cameo of Clooney in “Ocean’s 8” never materialized even though her character is the sister of his character.

Bullock and Clooney became BFF’s with “Gravity,” a massive hit. But “Our Brand is Crisis,” which Clooney produced, was a massive failure. Have they fallen out? Sure seems like it.

And where are all the “Oceans 11” and so on actors? Matt Damon? Brad Pitt? Pitt’s not there, but his ex wife, Jennifer Aniston, came with Courteney Cox. A little peculiar.