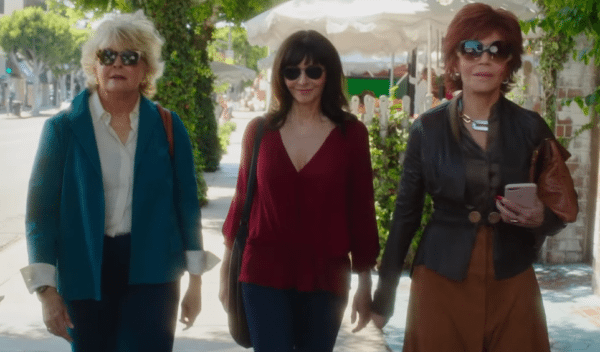 Box office: all the talk today is about “Solo” only making $29 million over the weekend. It’s up to $148 million in two weeks. Yes, everyone is crying crocodile tears.

LOL. Solo will be just fine.

But the real box office story is “Book Club.” Jane Fonda, Diane Keaton, Candace Bergen, Mary Steenburgen lead a cast that has now grossed $47 million in 17 days. This is quite a feat. The ladies are headed to $60 million and a sequel if smart minds prevail. They’ve shown that movies for adults with real stars– real stars, baby– are still bringing audiences to theaters.

Jane Fonda, meanwhile, is shooting the new season of “Grace and Frankie” for Netflix with Lily Tomlin. They have a rock solid hit. Candace is coming back in “Murphy Brown.” Diane and Mary work all the time. They are all trailblazers.

“Book Club” still hasn’t been released in the UK, Australia, or France. There’s money to be made there, too.