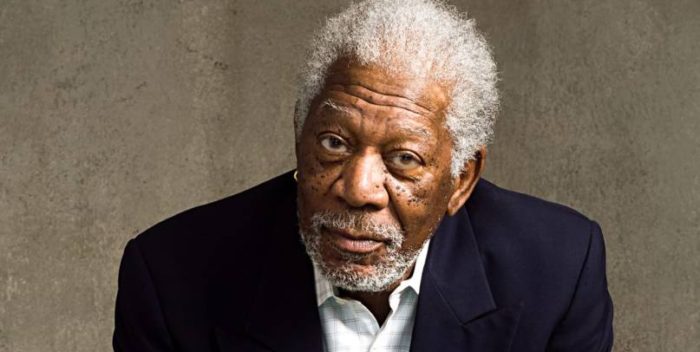 CNN responded to Freeman with this statement:

“The unfounded accusations made by Mr. Freeman’s lawyer are disappointing and are difficult to reconcile with Mr. Freeman’s own public statements in the aftermath of the story. CNN stands by its reporting and will respond forcefully to any attempt by Mr. Freeman or his representatives to intimidate us from covering this important public issue.”

After CNN objected to Schwartz’s letter, Schwartz issued this comment:

“We presented CNN with objective evidence, including videotapes and on-the-record denials by the claimed “victims,” that the alleged incident that gave rise to the story never happened.  We proved to CNN, beyond any doubt, that the whole story was built on fakery.  The credibility of the entire CNN attack on Mr. Freeman has now been undermined.  And in choosing to ignore all of the evidence that we presented, CNN has confirmed our concerns about its reporters, its lack of oversight, and its gross misconduct in unjustifiably attacking Mr. Freeman.”

THIS MORNING: Hollywood lawyer Robert Schwartz has sent a ten page letter to CNN’s Jeff Zucker demanding a retraction and apology for the network’s story about Oscar winner Morgan Freeman regarding sexual misconduct and harassment.

The story was CNN’s Chloe Melas and comes on the heels of the #MeToo movement and accusations against powerful men in Hollywood.

The lawyer’s letter says:…
“at just this early stage, our review confirms that:
• Of the three people CNN identified as being a “victim,” the first, CNN’s own Chloe Melas, had no reasonable basis to have interpreted what Mr. Freeman said or did at the Going In Style interview last year as having been directed at her or as any form of harassment. The videotape confirms that his statement had nothing to do with her and was not harassing. And an independent third party, the Warner Bros. Human Resources Department, investigated her claim and concluded that it was not supported by the facts.
• The second person CNN identified, Tyra Martin, has gone on record twice since CNN published the article to state that CNN misrepresented what she said to CNN and that Mr. Freeman did not harass her • The third person CNN identified, Lori McCreary, told CNN that Mr. Freeman never harassed her. And as to CNN’s gratuitous sideswipe at Ms. McCreary herself, yet another independent party investigated the claim when CNN raised it, and found it to be meritless.
• Ms. Melas baited and prodded supposed “witnesses” to say bad things about Mr. Freeman and tried to get them to confirm her bias against him. Thus, no reader of the article can have any confidence that any of the anonymous sources, which make up the balance of CNN’s article, can be relied upon at all.
Based on those facts, and the additional information presented below, it is clear that CNN has defamed Mr. Freeman. CNN has inflicted serious injury on his reputation and career. At a minimum, CNN immediately needs to issue a retraction and apologize to Mr. Freeman through the same channels, and with the same level of attention, that it used to unjustly attack him on May 24. CNN also needs to retract the portions of the story that concern Lori McCreary and apologize to her for defaming and injuring her.”