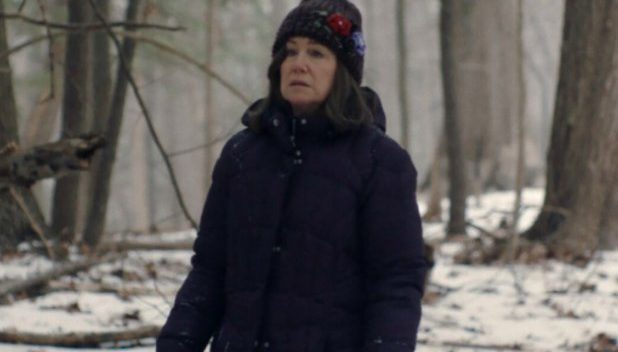 Mary Kay Place became an overnight TV star as wannabe country singer Loretta Haggers over forty years ago on “Mary Hartman, Mary Hartman.” She won an Emmy award and never looked back, working all the time without interruption in “The Big Chill,” lots of movies and lots of quality TV including a recent two parter on “Grey’s Anatomy.”

Writer director Kent Jones remembered her in a 1997 Francis Ford Coppola movie called “The Rainmaker” and decided she’d be perfect to play the part of his mother in a semi-autobiographical movie that opened this week at the Tribeca Film Festival. Mary Kay plays “Diane,” the lead character in a beautifully understated, subtle indie film that should earn her a lot of awards attention this fall. “Diane” just needs the right distributor, like Sony Picture Classics, to push it along.

What a little gem “Diane” is and so is the character. Diane and her extended family live around Pittsfield, Mass. Her husband is dead– we think from cancer, after working in factory. Her grown son is battling drug addiction. Her family is quickly dying off. And there’s Diane, who does for everyone else, beats herself up over one life mistake made 20 years ago. She’s kind of an everywoman but she’s not sentimental and she’s not looking for sympathy.

Jones surrounds Mary Kay with a great group of friends including Andrea Martin, Estelle Parsons, Joyce van Patten, Phyllis Somerville, and Deirdre O’Connell (who must get her name added to the IMDB page for this movie). Jake Lacy is a standout as Mary Kay’s son who may or not make it after trying to self-destruct in so many ways.

Women of a certain age (baby boomers) who are caught between their aging children and parents will identify strongly with Diane’s life. Mary Kay doesn’t wear her as an obvious warrior, but a survivor– a do-er– who is dedicated to making it to the finish line. Diane is noble, but not overtly, and there’s a scene of her dancing to a jukebox in a bar that is really one of the triumphs of acting– you’ll never forget it. Bravo!