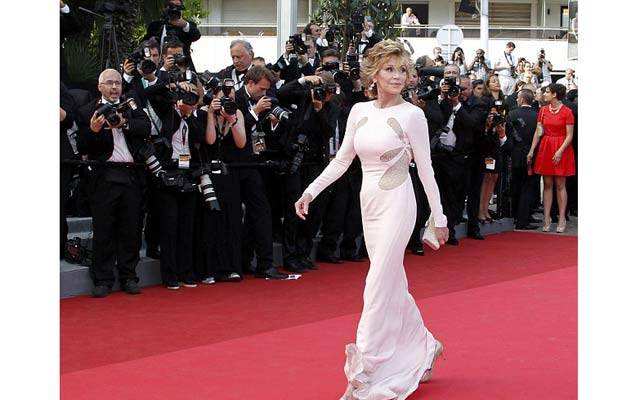 Some news for Cannes 2018 is drifting in:

— Jane Fonda will get a rare spotlight with Cannes Classics. HBO is showing Susan Lacy’s documentary, “Jane,” and there should be quite a lot of excitement. Fonda is coming– she often comes to Cannes for one or two days for L’Oreal but this time it’s all about the smashing two time Oscar winner. This is now a hot hot ticket. Lacy is also coming, and HBO will throw its weight behind this showcase.

— Lars von Trier’s serial killer movie has gotten a spot out of competition in the second week on Monday, May 13th at 10pm. This will mean no press conference until the next for “The House that Jack Built.” But it does mean Uma Thurman, Matt Dillon, and Riley Keough will hit the red carpet with a bang. Can’t wait!

— David Robert Mitchell’s hotly anticipated “Under the Silver Lake” is said to be getting the slot after “Solo: A Star Wars Story” at 10pm on Tuesday, May 15th. Star Andrew Garfield is unlikely to be there– he’s on Broadway doing the exhausting “Angels in America” and by then he’ll be a Tony nominee. But Riley Keough– Elvis Presley’s granddaughter and a fine young actress– will obviously be there for the von Trier. She may be Cannes’s new young star of the season!