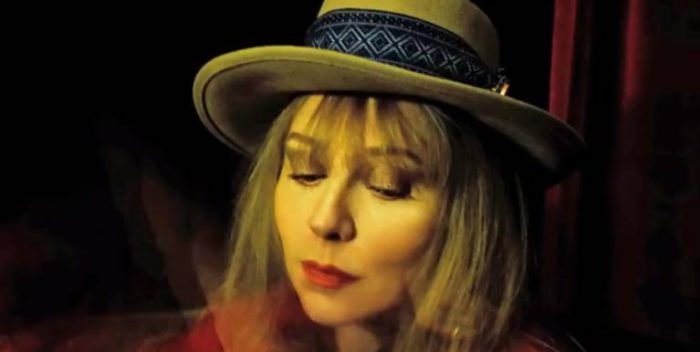 What the world needs now is a strong, fun anthem for 2018 that echoes Helen Reddy’s 70s hit “I Am Woman.”

That would be “By a Woman,” hilarious, witty, and catchy, by Bebe Buell, one of the great female rockers of all time. It’s out today as part of her rocking new album, “Baring it All: Greetings from Nashbury Park.” Bebe recorded the album in Nashville and Asbury Park, New Jersey with some of the best musicians in the country.

After three decades of making and inspiring music (a lot of classic rock songs by people like Elvis Costello are either about her or influenced by her) Bebe sat down with husband Jim Wallerstein to make her equivalent of Marianne Faithfull’s “Broken English.” The result is a breakthrough that mixes politics and personal history, much like the shows she’s been doing in Nashville and at New York’s Joe’s Pub.

“Baring it All” is one of the best produced rock albums I’ve heard in a long time. Wallerstein’s band is guitar driven and very melodic. They find all the rhythm and catch the waves of Buell’s vocal nuances. Several of the songs– “Invisible” is a stand out, so is “Coming to a Head” — and the lyrics will send fans back to Buell’s memoir, “Rebel Heart,” to figure out who’s who while your head is bopping to the music.

But “By a Woman” is right on for right now, and radio stations should get a kick out of it. My favorite lyrics:

Joan of Arc, made her mark, now that’s a woman/Golda Meir, walked without fear, what a woman/

“Baring it All” is out today on all formats including Spotify.