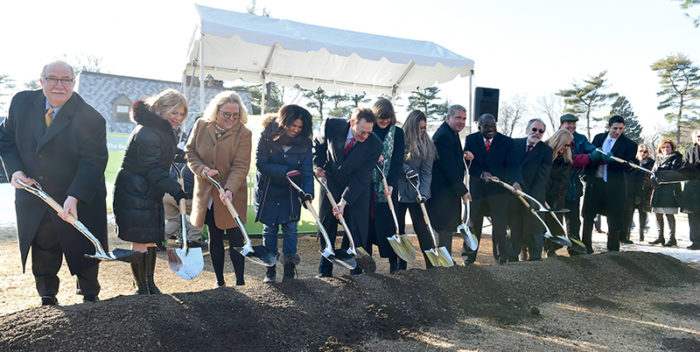 Barbara Walters may be retired, but her vast net worth ($150 million) is making things grow around us to paraphrase “Hello, Dolly!”

Three years ago, Walters donated $15 million to Sarah Lawrence College in Bronxville, New York, as well as all her personal papers and archives.

Now construction has begun on the Barbara Walters Student Center. It’s the largest donation anyone’s ever made to the College. Walters’ gift was the lead donation toward a $35 million building. David Geffen and Hugh Jackman are said to have made secondary donations.

A groundbreaking ceremony was held at Sarah Lawrence in February. All local and school officials turned out but there was no sign of Barbara, who no longer appears in public, or her daughter, Jacqueline Guber. No one even came from “The View” or ABC.

But the Walters building, fittingly, will be at the center of the campus, and not missed by anyone who ambles by. I do hope there’s a corner in there set aside for Liz Smith, the great gossip columnist who promoted Barbara on a daily basis and had her back through 50 years of negotiations with network brass.