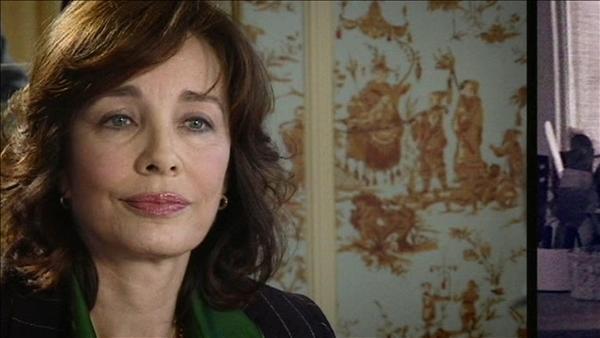 You know Anne Archer– she was nominated for an Oscar for “Fatal Attraction” as the cheated on wife. She had a good run on “Falcon Crest” in the 80s. Her mother was Marjorie Lord, who played Danny Thomas’s wife on “Make Room for Daddy.”

Archer is a prominent Scientologist, also. Her son, Tom Davis, was celebrity wrangler for David Miscagive for years. He was stuck like glue to Tom Cruise and also looked a lot like him. It was Davis who did Miscavige’s dirty work according to many reports and my own observations. Davis and actress Kelly Preston (Travolta) came after me in 2008 after I wrote how Scientology had basically killed Isaac Hayes by working him to death.

So when I saw Archer at a performance on Broadway this past week of “Three Tall Women,” I was curious: what did she think of Leah Remini’s award winning A&E series “Leah Remini: Scientology and the Aftermath”? Remini escaped from Scientology a couple of years ago with her family and launched this series to investigate the cult’s scary business of intimidation, harassment, and separation of families.

First, I asked Archer– who I always liked in the movies before it became clear she was part of a dangerous cult– how she liked the play? “Very much,” she said. “Just great. It will run forever.”

“What do you think of Leah Remini’s series?” I asked her. And this is why she received an Oscar nomination. Without hesitation she said, “I don’t know anything about it. I don’t really watch network TV.”

So I thought, hmmmm, maybe she means “King of Queens” or “Kevin Can’t Wait.” So I said, “No I mean her cable series…”

She shook her head. “No,” she said, with a twinkle in her eye. She shrugged. “I did like The Crown, and have you seen Berlin Station? We really like that.”

And that was it. I did ask Archer what brought her to New York this week. She’s filming “Law & Order SVU,” playing a rich, eccentric lady, she said.