Kanye West returned to Twitter this afternoon. He’s been gone for about 14 months after having a meltdown, breakdown, whatever. He’s posted a few times in the last couple of hours. This must been an album is on the horizon because he also gave an interview this week about becoming a philosopher or a shoe designer or something.

Kanye was welcomed back by Twitter founder Jack Dorsey. Dorsey retweeted Kanye on Friday, to little fanfare. But you know it’s all going to start again. 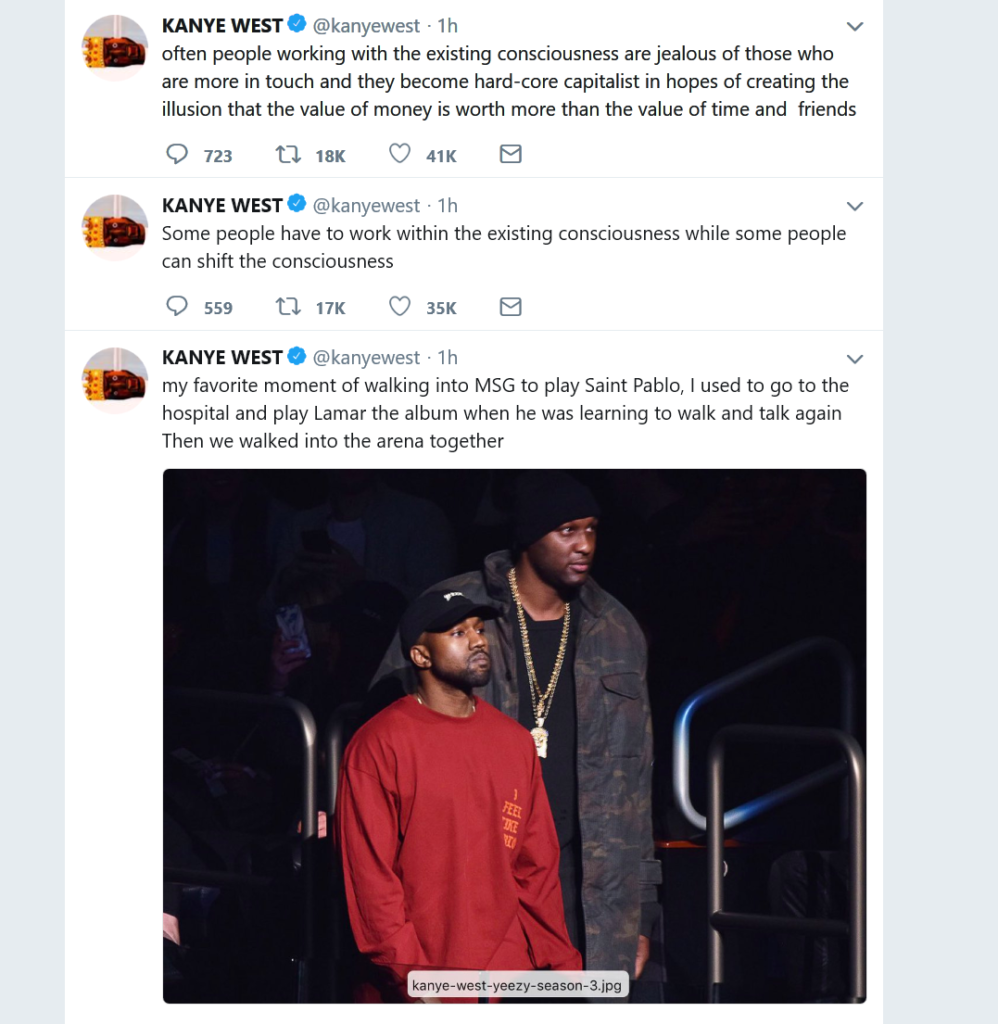