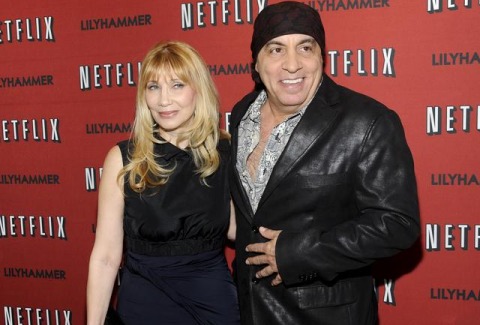 But I can tell you exclusively that Cohen lied. Sources tell me that Maureen van Zandt, Steve’s wife, has confirmed that even though she was in Rome with her husband at the time for work, they know nothing about Cohen or his statement. They weren’t in Capri.

Cormier wrote: Cohen, 50, said he understands the scrutiny this will bring. He said credit card receipts would prove he stayed in Capri, an island off the Italian coast, but he declined to make those receipts available. Cohen was with family and friends, he said, including the musician and actor Steve Van Zandt. Van Zandt did not immediately return an email seeking comment.

But it’s not true. It’s a total lie. The source confirms: “The E Street band did play in Rome July 16, 2016. But there was no trip to Capri. The band stayed in Rome a few days after the show until the band had to travel to the next gig. The van Zandts never left the city.”

The fact that Cohen has lied about spending time with the Van Zandts should throw into question all his statements about travel to Prague and any where else, as well as the veracity of his passport. He told Cormier he didn’t have a second passport, but even that comes into question now.

I’m a little surprised that BuzzFeed never checked this alibi. They did such good work getting the passport pages. But now all of that work is called into question.

Cohen picked an odd person to be his alibi anyway. van Zandt would not be socializing with anyone from the Trump campaign considering his noted progressive politics– or Bruce Springsteen’s antipathy toward Trump. Very strange, indeed.