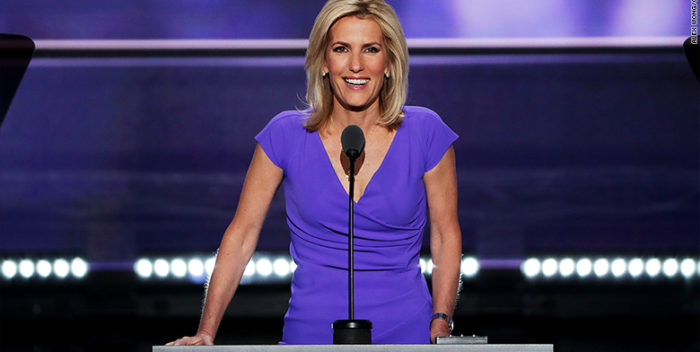 After attacking Hogg on Twitter, Ingraham became the object of an advertiser boycott. A dozen or so major advertisers have left her show including Johnson & Johnson, Hulu, Office Depot, Liberty Mutual, Jenny Craig among 14 top spenders and big brands. First it was just Hogg, 17, who encouraged the boycott. But it’s snowballed quickly.

This is exactly what happened to Bill O’Reilly last year. Advertisers fled when the New York Times revealed the multi million dollar settlements with women whom he’d sexually harassed. O’Reilly announced he was taking a week off. He never returned.

Fox News doesn’t need Ingraham. She’s new the prime time line up. The network is already fighting off Rachel Maddow on MSNBC, who’s regularly beating Sean Hannity. Ingraham herself was beaten on Thursday night by Lawrence O’Donnell, who follows Maddow. They were pretty much tied on Wednesday night. So Fox News may decide they don’t need to keep rolling the dice with a magnet for bad PR whose advertisers are gone.