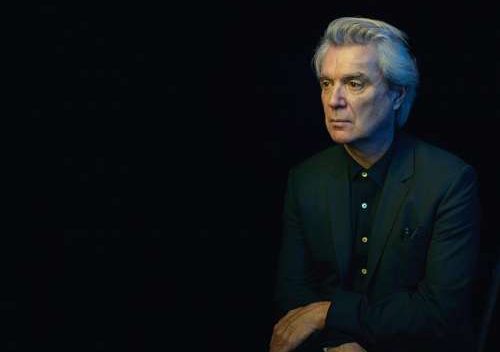 The number 1 most downloaded album or purchased CD of last week? You think Kendrick or Drake or Black Panther?

Wrong. The exquisite “American Utopia” by David Byrne is number 1 with 59,000 copies sold. No streaming. All hard sales.

The leader of the Talking Heads, writer of some of the most innovative and memorable music in pop history, has a total winner with “American Utopia.” Some of the songs– like “Everyone’s Coming to My House” and “Doing the Right Thing” — are so magnificent that I’d put them up there with Byrne’s most famous Talking Heads compositions. (And that’s saying a lot because there are MANY of them.)

Byrne is the practitioner of sunny paranoia. His songs sound upbeat but they carry dire warnings. “Bullet” rips through our hearts as much it does the subject of the song. “It’s Not Dark Up Here” could inspire its own “Get Out” sequel. “Every Day is A Miracle” — or is it? “The pope don’t mean shit to a dog” is one of many lines we’ll be quoting like “Once in a Lifetime” preoccupied us in 1981.

I keep circling back to “Doing the Right Thing” — What am I not supposed to do now? What’s that and is it my business? What exactly, exactly did you tell me? What’s good, does that mean it’s right? with its classic melody and soaring violins. Where Byrne used to grate to get attention now he softens us, moves in for the kill.

The music? These are sounds all those other guys on the charts will be sampling. Gorgeous, supple, ironic– and eminently original.

“American Utopia” is so good, you know it won’t be nominated for Album of the Year. It’s just too smart, too delightful.