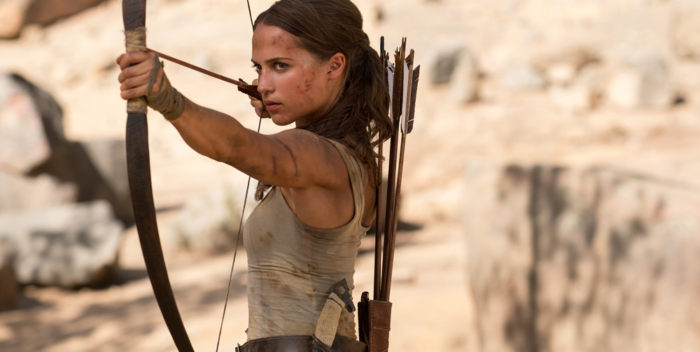 Sometimes the movie audience just wants the distraction of a pretty girl who can shoot an arrow.

That may be the case for Oscar winner Alicia Vikander in “Tomb Raider.” Last night Alicia and friends hit a bullseye with $2.1 million in previews. This was despite pretty bad reviews that leave the newest “Tomb Raider” with around a 50 on critics’ scores.

“Tomb Raider” will now take a shot at dethroning “Black Panther” from the top of the box office list. “A Wrinkle in Time” had no luck, and will fall to third or fourth place this weekend.

Really dead after this weekend will be Bruce Willis in “Death Wish.” Well, we knew it from the terrible reviews and Willis’s lack of interest in promoting the remake.