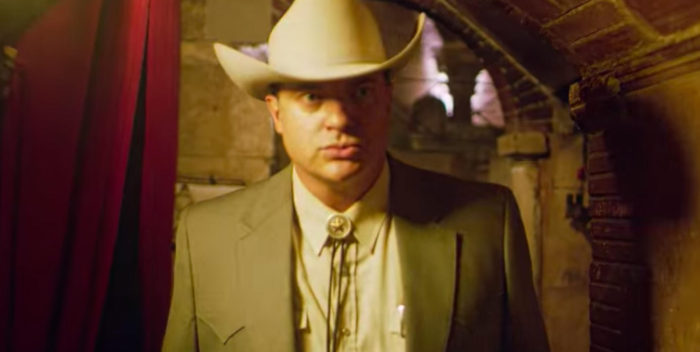 Yes, Danny Boyle is definitely directing James Bond 25, he told me last night at the premiere of F/X’s Emmy worthy series “Trust.” Boyle is executive producer and directed all 10 episodes of this beautifully crafted story of J. Paul Getty and the kidnapping of his grandson in 1973.

Sounds familiar, right? “All the Money in the World” covered this in a feature at the end of last year, with Ridley Scott directing Christopher Plummer, Michelle Williams, and Mark Wahlberg. But Boyle and his gang– Donald Sutherland, Hillary Swank, and Brendan Fraser– were already at work on this series. It is QUITE different.

We saw the first 2 episodes last night and trust me– “Trust” is addictive like “Mrs, Maisel” or “Bloodline.” Everything about it is top notch. And because there are 10 chapters, Boyle has been able to slow down the story and explore nooks and crannies that Scott– who made a very satisfying movie– couldn’t get into. Simon Beaufoy, who won an Oscar for “Slumdog Millionaire” with Boyle, wrote every episode.

But wait– back to Bond. Boyle told me, “We’re just getting the script right. They’re doing it now.” I offered that with Theresa May kicking out dozens of Russian agents from Britain, and the whole nerve gas thing, the Bond movie is writing itself. He countered: “We go bigger than that.”

Boyle is also getting ready to direct a movie using Beatles songs. Is it a musical? “It’s not a musical.” Does everyone sing? “One person sings,” he said, mysteriously. This much I got: they have the rights to the songs, the movie is called “All You Need is Love,” and the one song we know is in it, asides from the title, is “In My Life.”

I did the best I could.

F/X meantime threw a lavish dinner for “Trust” at the Metropolitan Club, they know they have a winner. Sutherland, who just picked up a lifetime achievement Oscar, was there along with Brendan Fraser, who’s making a comeback of sorts after taking time out to raise his family in upstate New York.

We also met 21 year old British breakout star Harris Dickinson, who plays J. Paul Getty III– his ear gets cut off– and girlfriend Rose Gray, who’s about to take off in the music biz. (Coincidentally, she samples the James Bond theme music in her first single.)

Michael Esper, who was so good in Sting’s “The Last Ship” on Broadway, plays Paul Getty II, father of III with the same spirit and drive. They are all excellent. But Fraser is something of a revelation. He’s grown up, tossed off his “Encino Man” and “Mummy” days. He plays the same role Wahlberg did in the Scott movie– Fletcher Chase– but as a kind of heavy, flat footed Texas sheriff turned investigator. He’s quite good– we’ll look for a Fraser Renaissance this year just based on this performance.