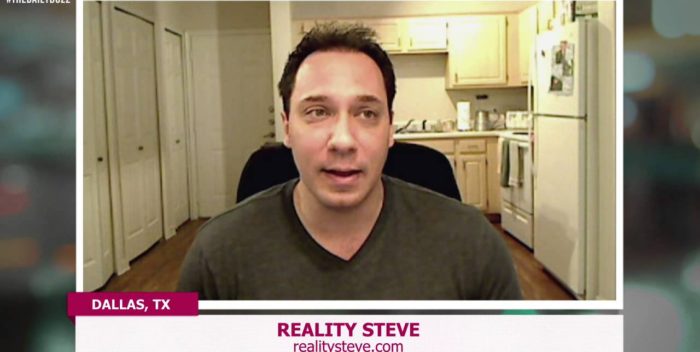 Do I watch “The Bachelor”? Not really. Not until a couple of years ago, and then I’ve just caught the first and last episodes to see what’s going on.

But if you follow the reliable website Reality Steve, the poo is about to hit the fan on this, the 22nd ‘season’ (seasons used to be years) of a show about basically clueless morons.

The current bachelor is named Arie Luyendyk Jr., a 36 year old part time amateur race car driver and real estate salesman who was exhumed from a previous iteration of “The Bachelorette.”  Arie is the perfect antidote to sleeplessness, so his “journey” to the final rose ceremony hasn’t been too thought provoking until now.

Turns out Reality Steve — who gets the scoop on this stuff— has known the outcome since the show began airing– in other words, when they finish taping, and the participants go silent waiting for the final, live broadcast– that’s when the fun begins.

So what does Reality Steve know? He knows that Arie proposed to one woman, who said yes on the air. Everyone shook hands and parted company until the live show ending. But in the interim, Arie broke off his engagement and started dating a girl he’d rejected on the last show. It’s unclear if they became engaged, or broke up, or if he got back together with the first girl.

And you see, it won’t matter anyway. Because whoever Arie is with now, in six months it will be over. “The Bachelor” is a hallucination. None of it is real. The people don’t really know each other. And they’re almost always geographically at odds; neither of them wants to move to the other’s locale. The on who lives in Maine doesn’t want to up-end their life and move to Arizona, or whatever.

Let’s put it this way– if Jennifer Aniston and Justin Theroux couldn’t figure it out, these losers certainly aren’t going to pull it off.

So it’s all going to end in a snarl, with a lot of snarling. I won’t see it in real time, because tonight there are two movie premieres and next Monday is the night after the Oscars and I will be at Craig’s in West Hollywood commiserating about who was “snubbed.”

But god bless to all of these clowns. Their lives are “on the line.” The real hero anyway is Reality Steve.