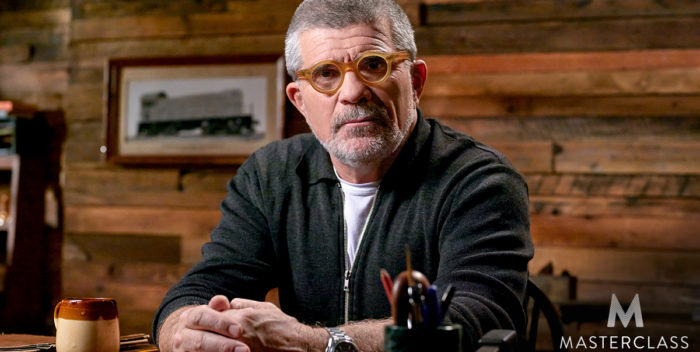 Famed playwright David Mamet, winner of the Pulitzer Prize,  is not known for writing sympathetic parts for women. Indeed, most of his famous plays, like “Glengarry Glen Ross,” “A Life in the Theater,” and “Speed-the-Plow” are rather unkind to women or have no women at all.

So he’s an interesting choice to write a play about Harvey Weinstein, the movie mogul under fire for charges of rape and sexual misconduct. But in a new interview in the Chicago Tribune, Mamet says he’s written such a play.

He says: “I was talking with my Broadway producer and he said, ‘Why don’t you write a play about Harvey Weinstein?’ And so I did.” Reporter Rick Kogan observes that the finished play is sitting on Mamet’s Santa Monica kitchen table.

The producer who suggested it is not, from Mamet’s description, Scott Rudin, who has had a twenty year antipathy toward Weinstein. No, Mamet’s producer is Jeffrey Richards, and I guess in good time we’ll be hearing more about this.

Just to note: Mamet has a new novel out called “Chicago.”