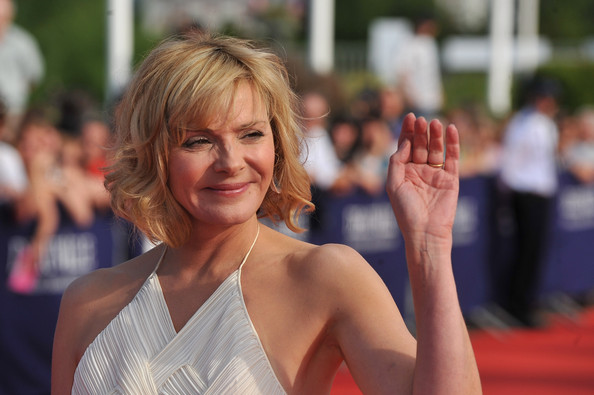 SUNDAY UPDATE I really hoped Kim’s acct was hacked and that she didn’t write this awful thing to Sarah Jessica Parker. It’s unlike Kim and unwarranted against SJP. I know Kim is mourning her brother, but this doesn’t make her look very good. Did she really hate SJP that much over the years? There were always rumors of fights before making the two “Sex and the City” movies. Somehow it all got smoothed over. Yesterday I emailed Kim’s publicist and her old one at HBO and neither of them responded. That’s a very bad sign. So sorry this will be the legacy of that fun loving TV series and these otherwise lovely ladies. Maybe when Cynthia Nixon is elected governor of New York she can mediate a truce!

SATURDAY This was posted to Kim Cattrall’s Instagram account today. It’s so out of character for Kim that I’m hoping it’s a mistake, that she was hacked. Very disappointing and unkind. I know Kim is reeling from the death of her brother, but this is ungracious of her. Sarah Jessica Parker and Kristin Davis each sent condolence messages. This must be an upsetting shock today. “Sex and the City” made them all independently wealthy. There should be no public displays of discord, just gratitude.

My Mom asked me today “When will that @sarahjessicaparker, that hypocrite, leave you alone?” Your continuous reaching out is a painful reminder of how cruel you really were then and now. Let me make this VERY clear. (If I haven’t already) You are not my family. You are not my friend. So I’m writing to tell you one last time to stop exploiting our tragedy in order to restore your ‘nice girl’ persona. Copy and paste link https://nypost.com/2017/10/07/inside-the-mean-girls-culture-that-destroyed-sex-and-the-city/