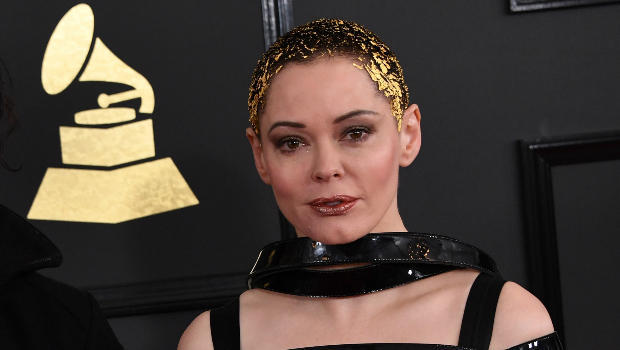 Rose McGowan is “Brave.” And as Citizen Rose, in her E! documentary, I was fascinated by her childhood, her resolve, and the path she’s taken. That 90 minute film, in particular, is worth a serious viewing. I liked her more than ever.

But audiences are not rallying to her warrior cry. Last week, McGowan dropped off the lecture circuit after a confrontation with a trans person at her Barnes & Noble reading. She wrote on Twitter: “I am canceling upcoming public appearances because I have given enough. I have given beauty, in return I was VERBALLY ASSAULTED for two full minutes by an actor paid to verbally assault a woman who has been terrorized by your system. And no ONE in that room did anything”

The result is that “Brave,” from Harper One, has dropped to number 556 on Amazon. Without McGowan out there promoting it, the book has vanished from the current conversation. What a shame. At the same time, “Citizen Rose” on the E! Channel booked just 188,000 viewers when it was shown on January 30th.

Since then, E! has “unlocked” the doc on its website so anyone can go there and watch it without registration or other shenanigans. I did that last night and, again, it was fascinating. I don’t know that I’d want to watch a whole series, but the 90 minute film shows a courageous, ambitious, young woman who pulled herself up the bootstraps and took on Hollywood. I just wish she would go back to acting after all this. She’s good.