Moses Farrow has Tweeted out his response to sister Dylan’s accusations against their adopted father, Woody Allen.

Under the hashtag #truthislouder, Moses– a therapist and photographer– says: “It simply never happened.” 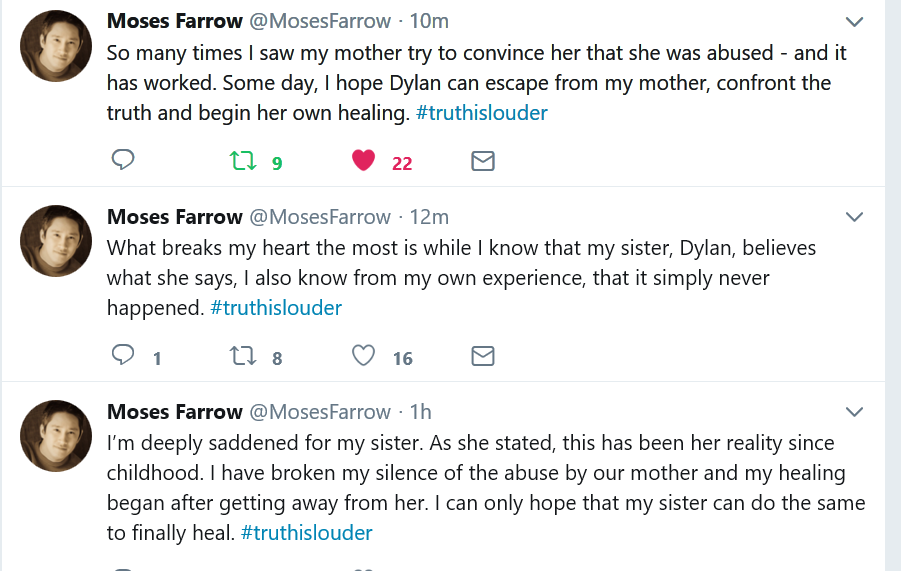 Moses Farrow has been trying on his own Twitter feed– @MosesFarrow– and in interviews to set the record straight about Woody, Mia, and his mother’s abuse of her children, her vendetta against Woody Allen. Gullible actors in recent days have “renounced” Woody and said they were turning their paychecks from his movies over to charities. How uninformed and silly of these people! They refuse to listen to Moses, read the reports, or ask why none of the Farrows address the current prison term of Mia’s brother for child molestation. It’s pathological, and starting to border on something else, I’m afraid. Hysteria, yes. Maybe more.