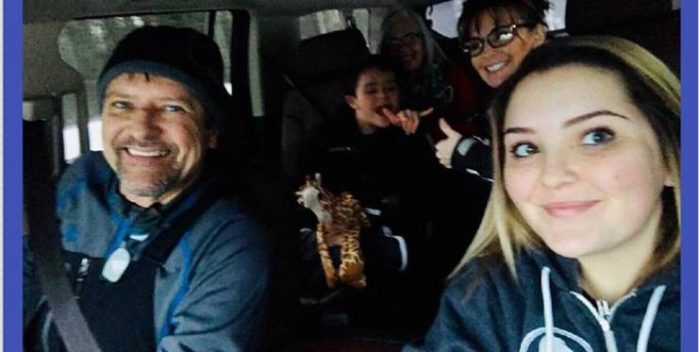 Following an altercation at their house with son Track, Sarah Palin has posted a photo of her family in their vehicle on Instagram.

In the altercation, son Track Palin was arrested and charged with beating his father over the head. For Track, 28, this was his second domestic violence arrest in 2017 in Wasilla, Alaska.

Reports from the local paper say that Track beat his father over the head numerous times. In the posted photo, Todd Palin has a cut along the bridge of his nose.

But he’s also not driving– his daughter is. Todd is in the passenger seat. And his left arm appears to be in a sling.

I called the Wasilla Police and spoke to their public officer Amanda Graham. She says she can’t comment until the case is adjudicated. The police report has not been published. When I asked about the broken arm, Officer Graham said: “It’s hunting season here, you never know.”

Trailering snowmachines to trailhead for trek out to the cabin… perfect way to usher in the new year! May 2018 be a year of breakthrough, joy & victory for all!