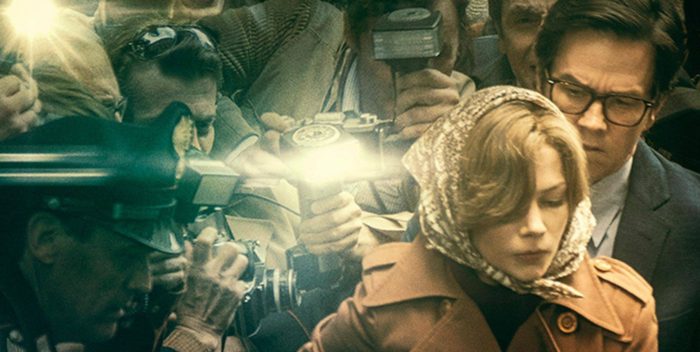 I hate to say it, but the Golden Globes were right: Christopher Plummer deserves nominations for Ridley Scott’s “All the Money in the World.” He shot 22 scenes in 9 days, replacing Kevin Spacey, and is so good that he will up end the Best Supporting Actor race not only for the Globes but the Oscars as well.

It turns out that Spacey’s sex scandal had a silver lining. Plummer is absolutely right for a role that would have been campy in Spacey’s hands.

This movie about the 1973 kidnapping of J. Paul Getty III turns out to be the year end surprise, a devastating thriller and a winner for Sony Pictures’ Tri Star. Scott shows once again his masterful hand by making a movie twice– twice, think of it! He had to call everyone back and match up what he thought was finished material. There’s only two times that it looks fake, but no faker than anything else we’ve ever seen. Otherwise, “All the Money in the World” is kind of a miracle.

Time here to tell you that this is Michelle Williams’s best work ever. She plays Gail Getty, ex wife of loser J Paul II (Andrew Buchan, brilliant job). Cut off from the Getty money, Gail becomes the hero of the kidnapping story, doing everything to get her son back from a series of kidnappers who eventually, infamously, cut off the teenager’s ear for ransom money. Mark Wahlberg has taken the smart role of his career as Fletcher Chase, a security expert who works for Getty but helps Gail in her quest.

And oh the ransom– this is like the great comedy “Ruthless People,” in which Bette Midler is taken and Danny DeVito demands from the kidnappers.  J Paul Getty didn’t want to pay the original $17 million demand, and didn’t: without the ear, Paul (Getty III) is only worth $4 million tops. The billionaire grandfather — the richest man in the world– contributes a puny $1 million while claiming poverty and buying rare art work worth far more.

Scott and screenwriter David Scarpa deserve a nomination for Best Adapted Screenplay as they’ve narrowed the book by John Pearson to a well oiled machine. We can read the book for more information about the Gettys and all the other factors that played parts in this greedy family’s life. Indeed, the Gettys went on after this. Paul, without his ear, went on to have a child at age 19, the actor we know as Balthazar Getty, who is now 42. (All of Balthazar’s personal problems could be explained and excused by this movie.)

Scott and Scarpa have really constructed a beautiful piece here that never stops being involving. And a lot of that is due to Michelle Williams. She’s fully immersed here, and again, mesmerizing. Kudos also to Charlie Plummer (no relation to Christopher) as Paul, and Romain Duris as the only sympathetic kidnapper.

Does “All the Money in the World” go in Best Picture? Yes, maybe. And that shakes up a list that — by me–is The Post, Dunkirk, Lady Bird, Shape of Water, Darkest Hour, 3 Billboards, The Big Sick, Call Me By Your Name, and this would be number 9. For now. It all depends on getting out screeners and getting voters into screenings. As fae as Williams goes, I’d put her into supporting. Laurie Metcalf and Allison Janney, the leaders so far in that category, will want to knee cap her when they see this performance! (They could call in Tonya Harding for help.)