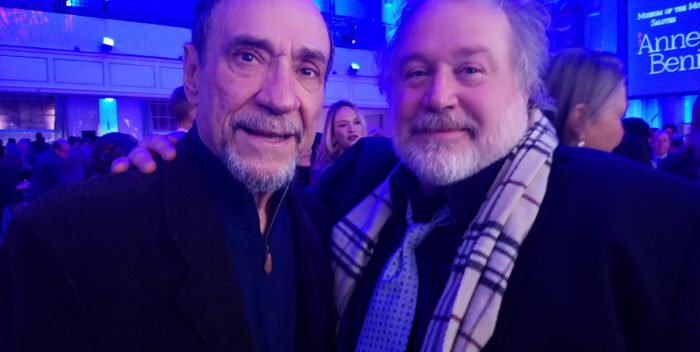 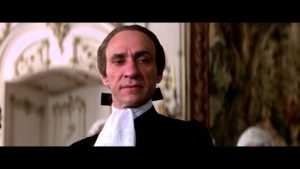 Anyone who was alive in 1985 will remember F. Murray Abraham’s thundering intonation as composer Antonio Salieri torturing and taunting poor Wolfie Mozart (Tom Hulce) in the Oscar winning “Amadeus.” And though Abraham and Hulce have each worked a lot in the 32 years hence, they have rarely if ever been seen together since.

Until Thursday night, that is. The pair of former rivals ran into each at the Museum of the Moving Image annual gala on Park Avenue. With the help of Sony Pictures Classics’ Tom Bernard, I was able to get them into this photo. A crowd formed immediately.

Even though he was prodded, Abraham declined to utter that key phrase from which you could not escape in 1985 as “Amadeus” scooped him up 8 Oscars including Abraham’s Best Actor, and more statues for Picture, Director (Milos Forman) and Screenplay (Peter Shaffer). 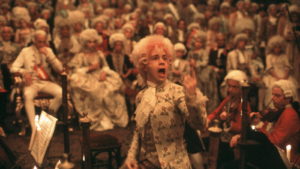 Abraham, of course, is seen on “Curb Your Enthusiasm.” He’s also featured — and is great — in Noah Baumbach’s “The Meyerowitz Stories.”

The two men composed themselves (rim shot!) and moved on to meet and greet a lot of celebrities in the house including Warren Beatty, Jamie Bell (Annette’s co-star in “Film Stars Don’t Die in Liverpool”), Kate Mara (Jamie’s wife), Bob Balaban, Brenda Vaccaro, Bruce Vilanch, and James Bond himself, Daniel Craig, who kept it low key and was alone, sans wife Rachel Weisz.