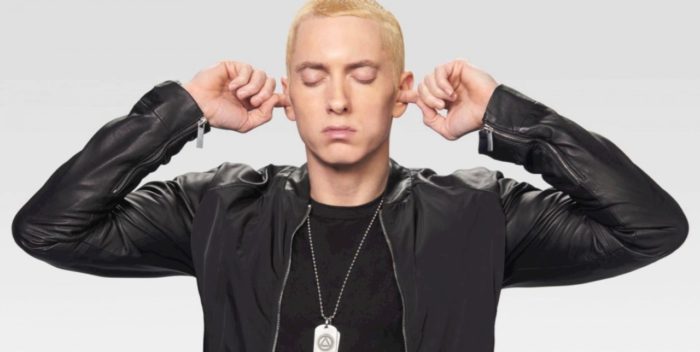 Eminem fans must be scratching their heads right now.

On his new soft boiled egg of an album, “Revival,” Marshall Mathers sounds like a guest star not the primary artist.

“Revival” features Ed Sheeran, Alicia Keys, Skylar Grey, X Ambassadors, Pink, and Khelani. They’re all singing and playing and acting like Em has made a cameo on their records.

There are also many credited samples of other material, it’s hard to find Eminem in the mix. The final track, “Arose,” credits Barry White, Bette Midler’s “The Rose, and Rufus Thomas. Is there anyone he forgot?

The problem is that Eminem, presented with the Trump era and so much to rap about, doesn’t seem to have any idea what he’s doing. He’s rich, middle aged and still complaining about the same things that made him a young star. He’s a rebel without a cause when there are now so many actual things to rebel against.

It’s too bad: a new generation of fans may come to “Revival” because of all those guest stars and not for the real Eminem. They’ll think of him as a talk show host introducing pop star acts. Next stop: Caesar’s Palace.