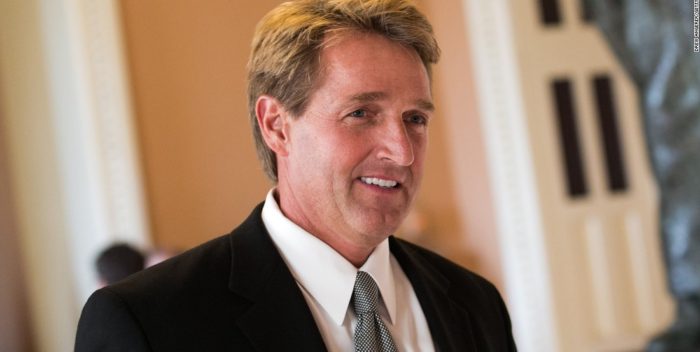 Arizona Republican Senator Jeff Flake has made a $100 donation to the campaign of Democrat Doug Jones, running against accused pedophile Roy Moore in Alabama. Moore– a vile choice for the US Senate– is now being funded by the Republican National Committee and endorsed by Donald Trump despite evidence that he is a criminal and pervert.

Flake wrote on his check: “Country over party.” Bravo!