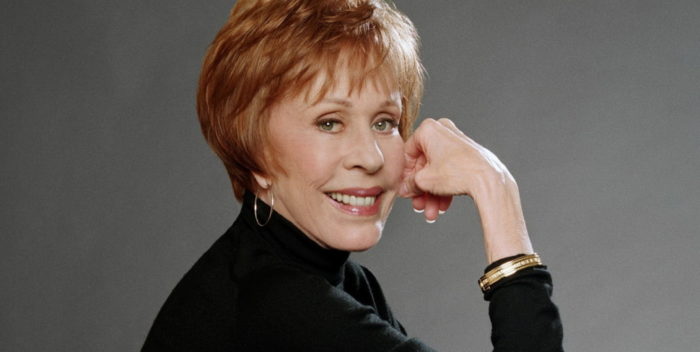 Broadcast TV roared back to life last night with huge ratings for the nostalgia-oriented.

The 50th anniversary special for “The Carol Burnett Show” scored 15.2 million viewers.  She did numbers as good as NFL Football. The show was so well produced and had just the right guests– Harry Connick Jr., Bernadette Peter, etc — that you couldn’t not watch it even if it was corny.

“Burnett” followed a big “60 Minutes” 50th anniversary with 11.3 million viewers. “60 Minutes” featured everyone who’d ever hosted a segment except for Charlie Rose. He was erased from the history. They even included Dan Rather! And Katie Couric!

Carol Burnett has been a class act for decades. How nice to see her looking so great, and thriving despite al her personal losses. It was a little unnerving to see Lionel Waggoner so aged, he was so robust as a young man. Harvey Korman is much missed. But I wonder where Tim Conway and Vicki Lawrence were?

Tomorrow we’ll get the Sunday cable numbers for “Curb Your Enthusiasm” with Lin Manuel Miranda. It was a classic, a great episode featuring the musical “Fatwa!” It all ends badly, course. Kudos to Larry and his team!